Download File
​I. Franklin Delano Roosevelt
A. Early Years
1. Raised in upper class family in Hyde Park N.Y.
2. Attended Harvard and Colombia
3. Lawyer then active in NY politics
4. 1912 - Assistant Sec. Of Navy
5. 1918 Narrowly won Governorship of NY,
6. 1920 - VP Candidate with James A. Cox
7. 1921 - Contracted Polio, lost use of legs. This deeply effected Roosevelt. Now he truly knew what human suffering was all about. He could identify. He was also a fighter and a winner. He overcame his handicap and this later would inspire Americans during the depression.
8. 1930 Reelected Governor of New York State - His innovative programs gained national attention and were eventually called the Little New Deal - NY Model
9. Ran for Pres. In 1932 - Used song: "Happy Day's Are Here Again." Pledged to America; "I Pledge to you, I pledge myself, to a new deal for the American people!"
B. What did Roosevelt do when he got elected?
1. Inauguration Speech: Told America "We have nothing to fear but fear itself!" He wanted to inspire optimism and hope. He did not want America paralyzed by fear. He was a man of action.
2. Appointed the "Brain Trust" - These were a group of brilliant social, economic and political thinkers who comprised Roosevelt's cabinet. He surrounded himself with the best, not just political allies and supporters.

Download File
The New Deal
3. First Hundred Days - For the first hundred days of his administration Roosevelt and his Brain Trust where a whirlwind of activity. Legislation was introduced and passed at a furious pace as Congress mostly acted as a rubber stamp. Roosevelt called Congress into session and asked for executive power to wage war against poverty and pessimism. He said he wanted a power "as great as the power that would be given me if we were in fact invaded by a foreign foe." At first he ordered a bank holiday, which closed every bank in the nation and stopped people from withdrawing all of their money. This ended the panic. He then signed legislation called the Emergency Banking Act. This closed all of the insolvent lending institution and only reopened the solvent ones. While many lost money at least the panic was eased.

What was Roosevelt's underlying philosophy?
Keynesian or "pump priming" economics. Based on the beliefs of economist John Maynard Keynes it held that money should be invested in the people, the working class. Then spending would increase with new money in circulation. As spending increased it was expected that businesses would expand to meet the new demand and hire new workers. This would spur on more spending and more growth. This plan was the opposite of the Republican plan ascribed to by Hoover and earlier leaders. They had believed in supply side or "trickle down" economics. In this philosophy money was to be invested at top, in business. Then businesses would expand, hire new workers and this in turn would spur on spending and further economic growth.

Home Owners Loan Corp.-Gave loans to home owners so they could pay their mortgages. This prevented people from going homeless and prevented banks from going under.

Social Security Administration-Permanent agency designed to ensure that the older segment of society always would have enough money to survive. The key here is that they would then also be able to spend throughout their lives.


- Challenges to the New Deal
- The End of the Depression

Download File
What did Roosevelt mean by relief, recovery and reform?

Relief--Immediate action taken to halt the economies deterioration.
Bank Holiday -Declared so that the panic would be stopped​
Emergency Banking Act-Closed the insolvent banks and only reopened the solvent ones.
Federal Emergency Relief Act (FERA) -Gave immediate help to those that needed it in the form of cash payments.
Recovery--"Pump - Priming" Temporary programs to restart the flow of consumer demand.
Agricultural Adjustment Act (AAA)-Taxed food processors and gave the money directly to farmers as a payment for not growing food. This decreased supply so price would go up.​
Works Progress Administration (WPA)-Provided long term government jobs building schools and other public works projects.
​Civilian Conservation Corps (CCC)-Temporary jobs to unmarried single adults filling sand bags and helping out at disaster type situations. Participants lived in barracks type housing
National Industrial Recovery Act (NIRA)-Created the NRA (National Recovery Administration) a consortium of businesses organized by the government and given the power to set rules and regulations for the economy. Members of the NRA displayed a blue eagle..

Reform--Permanent programs to avoid another depression and insure citizens against economic disasters.
​               Securities & Exchange Commission (SEC)-Permanent Agency set up to monitor stock market activity and ensure that no fraud or insider trading was taking place.​
Federal Deposit Insurance Corporation (FDIC)-Permanent Agency designed to insure depositors money in savings banks. Originally insured up to $5,000 per depositor today it has increased to $100,000.
​               Soil Conservation Act-Laws mandating proper soil maintenance to make sure that another dust bowl was avoided. 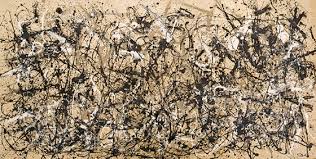 During its years of operation, the government-funded Federal Art Project of the WPA hired hundreds of artists who collectively created more than 100,000 paintings and murals and over 18,000 sculptures. The Project was part of President Franklin Roosevelt's New Deal during the Great Depression (1929-1943). Some of the 20th century's greatest visual artists were employed by the Project under the auspices of the WPA, before going on to create Abstract Expressionist artworks in the post-World War II era. Some of those artists were Jackson Pollock, Willem de Kooning, Lee Krasner, Mark Rothko, Arshile Gorky, Philip Guston, Thomas Hart Benton and Stuart Davis.

THE WORLD IN CRISIS

Why the US entered WWII
To what extent was neutrality a realistic policy?

As the depression swept through the United States it also laid waste to the continent of Europe. America wrapped itself in the cocoon of isolationism and took a rather dim view of the affairs of Europe. We were concerned about preserving our way of life but little did we know that the greatest threat to the American way of life lie in the continent we so casually regarded. As America embraced democracy and a modified capitalism many European turned to fascism and aggression. The rise of dictators in Europe had a profound impact on the world order. Fascist leaders promised their citizens prosperity through aggression. Militarism relieved psychological depression by promising world domination and power as well was economic relief by employing millions in the production of military hardware. The question was, how would the world respond? Would the fear of war outweigh the hard choices required to pursue peace? Would the actions of these dictators be challenged? These were the questions that had to be asked as America and the world entered a new era. It would only be a matter of time before America would be forced to respond.
I. The Road to War
A. In what nations did dictators rise to power?
1. Germany - Adolf Hitler
2. Italy - Benito Mussolini
3. Japan - General Togo (It bears noting that Japan was already ruled by an Emperor named Hirohito. Hirohito. however was a young man and was controlled by General Togo.)
4. We have to add Josef Stalin here. Stalin was dictator of the Soviet Union and came to power after Lenin's death. Even though Stalin was on our side he was a brutal dictator who would later become America's chief world opponent.
B. What aggressive acts were taken by the dictators of the 1930's?
1. Hitler rearms the nation in direct violation of the treaty of Versailles and then proceeds to remilitarize the strategic Rhineland region. All of this was in direct violation of the Treaty but yet no nation attempted to stop Hitler. France was in particular position to act and could have easily ended Hitler's militaristic expansion but did not do so fearing war.
2. Hitler annexed Austria, a nation traditionally and culturally bound to Germany. The combination of Germany and Austria (known as Anschluss) was also specifically prohibited by the Treaty of Versailles.
3. Hitler asks for permission to annex the half of Czechoslovakia known as the Sudatenland. In the Munich Pact the powers of Europe agree to this in exchange for a promise from Hitler that this would be the end of his expansion. Neville Chamberlain, Prime Minister of England and author of the Munich Pact and this policy of appeasement, declare "Peace in our time!" Weeks later Hitler takes the rest of Czechoslovakia by force violating the Munich Pact.
4. Mussolini attacked and invaded Ethiopia
5. Japan led by General Togo attacked and annexed the Chinese province of Manchuria, a great source of natural resources.
6. Hitler and Stalin sign a non aggression pact. Each hate each other but wish to secure that border first. Hitler knows he will someday attack the Soviet Union but does nit wish to at this time. Stalin knows he will be attacked and is just buying time as he attempts to prepare and rebuild his nation.
7. On September 1st 1939 Germany invaded Poland. At this point Hitler cannot be ignored and England and France declare war on Germany.
C. How did the world respond to these aggressive acts?
1. League of Nations chose not to respond to Italy's attack.
2. Most nations refused to recognize Japan's annexation but did nothing to stop it.
3. After Hitler annexed Austria and requested Czechoslovakia the European powers met and signed the Munich Pact which gave ½ the Sudatenland. to Hitler. This policy and pact brokered by British PM Neville Chamberlain was called appeasement and clearly failed as discussed above.
4. In short what did the League of Nations do... NOTHING!!!!
D. What was the US policy during this time?
1. Recognized Soviet Union
2. Reciprocal trade agreements made to improve international trade.
3. Good Neighbor Policy formulated towards Latin America. In this policy America attempts to improve relation with Latin American nations.
4. Nye Committee urges isolation.
5. Neutrality Acts of 1935 and 1936 attempt to create a foreign policy that will keep America out of war.
6. In 1936 FDR issues his famous quarantine speech in which he argues for the quarantine of "lawless nations."
Innocent peoples are being cruelly sacrificed to a greed for power and supremacy...Let no one imagine that America will escape...There is no escape through mere isolation or neutrality...War is a contagion, whether it be declared or not. It seems unfortunately true that the epidemic of lawlessness is spreading. When an epidemic of physical disease starts to spread, the community joins in a quarantine of the patients in order to protect the health of the community against the spread of the disease. I call today for a similar quarantine. A quarantine of the lawless, a quarantine of those that threaten world peace.
--Franklin Delano Roosevelt,


7. Stimson Doctrine articulated Secretary of Sate Henry Stimson call for non recognition of annexed lands
8. The Neutrality Act of 1939 declares that the United States would only sell weapons to belligerent nations on a Cash and Carry basis. This clearly aided England who had a merchant marine and Navy large enough to ship away these military supplies.
9. America makes a deal with England to trade out of date destroyers to the British in exchange for naval bases in the Pacific. This was designed to support British defense against German U Boat activity.
10. America agrees to a policy of Lend/Lease where we basically become the arsenal of democracy and supply our allies with weapons. We also helped to defend British Convoys loaded with weapons against German U Boats even though no formal declaration of war existed between the Us and Germany.
11. America issues a trade embargo against Japan preventing them from buying vital natural resources from America. This severely hurt the Japanese effort to arm themselves and eventually led them to attack Pearl Harbor.
Clearly our attempts at neutrality were a failure. We slowly moved closer and closer towards involvement in WWII. The United States eventually is forced to enter the war on December 7th 1941 when Japan attacks Pearl Harbor.